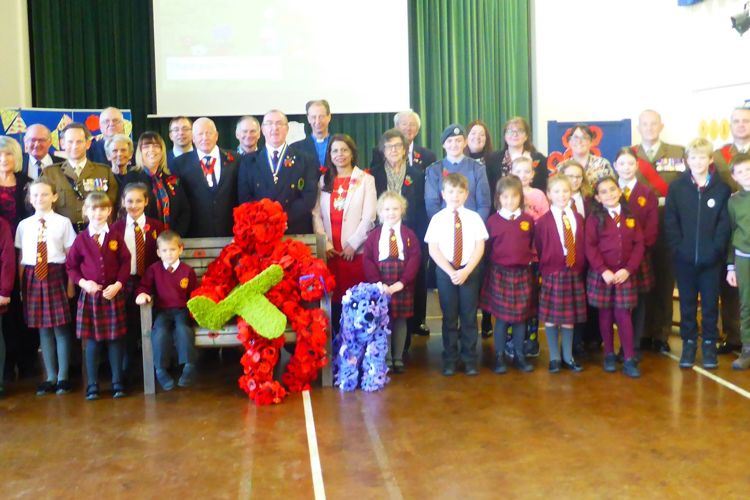 TKAT pupils at Newlands Primary School, Ramsgate had their Remembrance Assembly on Fri 8th November. Based on the 75th anniversary of the Normandy landings, there were readings and poems from the children. Wreaths were laid on a cenotaph including a purple one to remember the animals of war.

Guests were impressed and touched by the assembly and displays of stained glass windows, parachutes, poppy man, poppy dog and poppy aeroplane.

Head of School David Bailey said: "It is important to us here at Newlands Primary School that we pay respect to those who have given their lives in war and teach the children to do the same - today's assmebly was very moving and we were glad to play a small part in the Nation's remembrance activities"

Also In the News

Back to top
*
Cookie Notice: We use cookies on this site to improve your user experience.
Accept Find out more