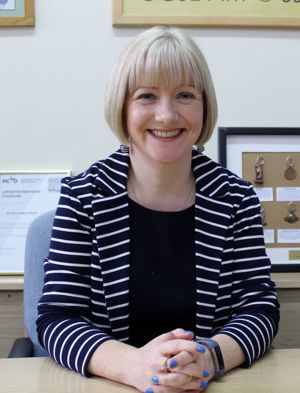 Claire taught at a number of schools in Hertfordshire before becoming head of Sir John Lawes in 2006.  In 2008, Sir John Lawes became a National Support School and Claire was made a National Leader of Education, since when she has led on school to school support work with several local schools, leading to the setting up of the Scholars Education Trust, of which she is CEO, in 2011.

Claire has sat on the Regional Schools’ Commissioner’s Head Teacher Board for the NWLSC region since its inception. She is also a trustee of the Harpenden Secondary Schools’ Trust, responsible for establishing a secondary free school (Katherine Warington School) in Harpenden, and the Atlas Academies Trust.  Claire was awarded an OBE in the Queen's Birthday Honours List in June 2018 for Services to Education.